Previously on… The Conference of the Parties

Mightydrinks
Writer and expert12 months ago

With CoP26 in Glasgow just around the corner, we thought we would look into what exactly 'CoP' is, what significance '26' has and speculate on where we think it might be going...

Let's go back in time to 1988In 1988, The Intergovernmental Panel on Climate Change (IPCC) was created. It was set up by the World Meteorological Organization (WMO) and the United Nations Environment Programme (UNEP) to provide governments at all levels with scientific information that they can use to develop climate policies.

Four years later...In 1992, the Earth Summit was held in Rio De Janerio. All attending parties agreed they should protect the climate system for the benefit of present and future generations based on respective capabilities and responsibilities; developed parties being responsible for the majority of GHG emissions should take the lead in combating climate change. This led to a new treaty being formed - the United Nations Framework Convention on Climate Change (UNFCCC).

What is the UNFCCC?One of the key objectives of the UNFCCC was to "stabilise GHG concentrations in the atmosphere to a level that would prevent dangerous human interference with the global climate system". This treaty set out the broad framework of objectives, guiding principles and commitments for participating countries to tackle climate change at a global level. It did not set any binding targets or establish or establish any enforcement mechanisms, but it paved the way for future mechanisms.

What else came out of the Earth Summit?It was agreed that from 1995, the parties to the agreement should meet annually in Conferences of the Parties (CoP) to discuss progress and action required to tackle climate change.

The targets covered all GHGs, not just CO2 (carbon). And the targets were legally binding. Failure to comply would result in penalties.

The Kyoto Protocol 'operationalises' the UNFCCC treaty, but due to the complex ratification process, it only entered into force in 2005.

A real breakthrough happens at CoP21, Paris, France, 2015Many conferences happened in between, but they all led to CoP21, which brought in the Paris Agreement.

The Paris Agreement was signed in April 2016 and deals with GHG mitigation, adaptation and finance from 2020; it also adopted a pledge and review system discussed in earlier meetings and championed by the USA and China.

A commitment was put in place to keep global warming to below 2C, compared to pre-industrial levels; discussions suggested that a new limit of 1.5C should be established.

As of February 2021, 197 members UNFCCC members have either signed or agreed to the Paris Agreement, including the USA and China, which jointly represent 40% of global emissions.

CoP26, Glasgow, Scotland, 2021The 26th Conference of the Parties. We all know what needs to be done, action needs to be taken from all countries, governments, organisations and individuals. With a few countries yet to make Net Zero commitments, we will be watching closely at how these events unfold.

Books - There Is No Planet B - Mike Berners-Lee 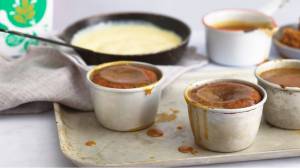 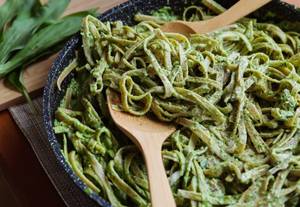